Haven't forgotten about you all, but... I have been on a little holiday, at least I call it a holiday.
After a short visit to town, a rest at my friends house, and a dinner at the Indian, we (Phyllis did) drove to Waterford to see a play called "Dear Frankie", and what a treat it was. 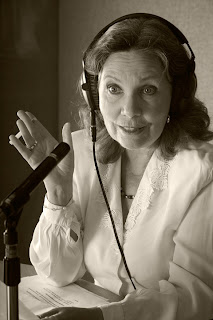 Niamh Gleeson wrote an amazing play, with Nuala Hayes in the title role of Ireland's First on-air agony aunt. Sarah Barragry and Donagh Deeney both play a variety of characters.
The play chronicles Frankie's 'on air' personality and her private life behind it. The quick character changes, especially by Sarah, were mind blowing. The play portrays Ireland and all it's hangups of the 60's and 70's.
I loved the play and hope that any of you who are living in Ireland, will go and see this show. See tour-dates.
Afterwards we met the cast of three. Thank you Nuala, Sarah and Donagh for a wonderful evening.
The following morning I had to drive myself home... with my tired head and body, but I did it and after a nap, worked on editing the second edition of Hatched.
Today I finished the sculpture of Cirrus's brother! I won't show a picture yet, as I would like it's new owner to meet him first. All I can say is that he turned out rather 'cute'/sweet.
Having finished both the sculpture and the main work in terms of editing Hatched I am going to have a good rest... like Robert (cat) 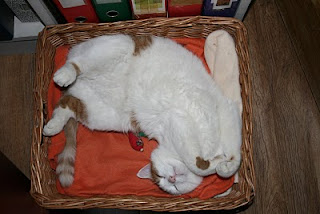 fantastic pose robert - think you call that the definition of relaxed?

Lovely to be out in the world :O)

I'll tell Robert. I am sure he'll be proud to be known all over the world at this stage!
:-)