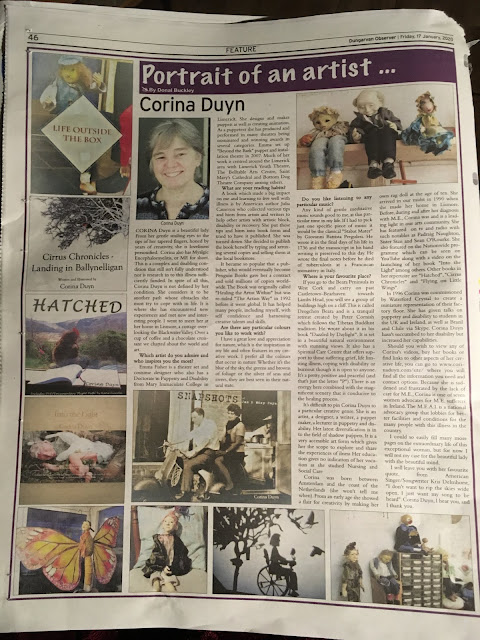 © Donal Buckley, published in the Dungarvan Observer, 17 January 2020, page 46
(although newspaper comes out on Wednesday's, this week 15th January.)