Remember the last wonderful afternoon in the company of some wonderful children?
I do.
But life has brought me on another roller coaster ride ever since.

I wasn't feeling too well the following day. Was the hour long adventure too much?
Later in the day I was "greeted" by severe pain. Couldn't sit down, lie down or relax with it. Ended up in bed at 7pm, a hot water bottle strapped to my back, stomach filled with painkillers.
To make a long story short, I ended up in hospital with suspected kidney stone, which aggravated fibromyalgia along the left side of my body.
Excruciating pain.
I changed from a reluctant pill taker to happily taking any cocktail of drugs offered to me.

The worst however was and still is... the fact that I was/am so aware to the fact how big a part illness plays in my life. I try so hard to make it all fine and good, but here I was stuck in a hospital bed, ill, dependent, too much time to think, too much time to see the hardship in a small hospital ward.
I felt, "what am I crying about?" I don't have cancer; I don't have young children at home and have to deal with the effects of chemotherapy, and other immense difficult life altering changes for one of the young women.

We had some laughs there too. Much needed light entertainment created by ourselves to deal with life behind doors. Plans were hatched to rob an off licence, dressed in our dressing gowns, armed with the stand holding our drips, and have our fluid bag filled with alcohol.
Laughs too, about the treat of wine gums treats for drinking prune juice; and all those silly 'joys'.

Once released from hospital, I was FULL of conviction that all is well. Being in my own bed was going to make all the difference.
It didn't.
I was still in pain, and incredibly exhausted.
The cocktail of drugs was increased. I lay like a zombie on the couch and saw watching tv for an hour here or there as a good way to spend some time.
With that in mind, I thoughts "I must be ill. I never see tv as a great way to spend time..."


Last night I had a break through.
Or a break down.
I cried to the point that I now have the most wonderful puffy eyes...
Beautiful.
Lovable.


Having been told again that I am living with a chronic illness always comes as a shock to me.
I know it is the case.
I've also been told that I didn't get ill again because of something I did, or didn't do.
Glad to have been told this.
I can either lie in bed and be ill, or get as much as possible out of my life by doing what I can, and be ill.

I can be well.
Within the given boundaries, with a positive, creative, and acceptance mind, I am well.

No doubt life will be lived creatively again. Watch this space to see what creative turns this latest reality check might bring fort. :-) 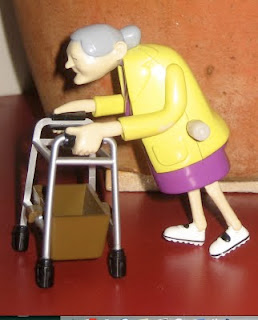 As energy is extrememly limited and I have to make choices on how to spend it,
one place I won't be for a while, is facebook,
so if you like to comment on any of the above,
would you be so kind to write it in the comment box below, instead of on Facebook?

Thanking you for your understanding and support.
X

Hope there are reasonably good moments....hear and there in your days.
I hope we are still around when a better understanding of what is happening in an ME/CFS body, and hopefully a treatment can be offered. Isn't it the most demoralizing, and frustrating feeling to be living bravely with a serious, disabling illness that is dismissed just because it is too complicated for medics and researchers to comprehend....
Hope you get out in your garden soon...
All this rain has enhanced every growing thing!
Take care.
Bernadette...

Thank you again for stopping by. I really do appreciate that.

In the hospital, none of the junior doctors I met in A&E had heard of M.E., neither had the nurses been thought anything about it in their studies.
CFS was more 'understood' by the junior doctors. Nurses, were interested in hearing, and learning about M.E.
The doctor who treated me took ME and Fybromyalgia serious enough to refer me to a rheumatologist while under his care.

Back in my garden.
Back to making sketches of what's going on. One is a bird flying within a teardrop.

Hope you are well and enjoying the garden too. Growth has been ridiculous. Poppies and aquilicia almost a meter high. Show offs!