As my explorations into all things shadow puppetry and silhouette art continues, I asked Emma Windsor (from Puppet place, who created the amazing podcast from our conversation about ‘Invisible Octopus’) if she would have any information on making a light-box for use in animation.
The obvious first choice is the art of Lotte Reiniger.  My question led us both on an exciting creative journey of discovery. To make sure this research won’t go to ‘waste’, here are the links and Emma’s thoughts behind it.

All following text is by Emma Windsor, forwarded to me by messenger.

Looking into shadow animation is really interesting as it could be considered as a window into the history of the moving image itself!  Grand statement to make I know, but shadow puppet animation is perhaps the oldest forms of moving image.  Shadow puppet theatre likely originated in Central Asia-China or in India in the 1st millennium BCE, and could be considered a direct prelude to cinema due to use of light and projection to create images, alongside live music, dialogue from the puppeteers and of course a gripping storyline.  However, it wasn’t until the advent of film in the early twentieth century that shadow animation as we understand it today was born.

One of the earliest and best known pioneering artist in shadow animation is Lotte Reiniger, who began making stop motion shadow cut out films in 1918, and whose works continue to delight audiences and influence artists.  Notable artists have also experimented with related techniques such as sand-on-glass, or have taken cut-out animation to extraordinary places by pushing the boundaries of the available technology or just being rather, well, silly.  Today, cut-out continues to be used both traditionally and digitally –with digital cut-out being one of the most widespread techniques in creating animation in the industry.

I have a look for videos that might be helpful with regards to shadow animation over lightbox.  There's not a great deal specifically on that topic, as you say, which is surprising in some respects, but here are a few links that might be useful/interesting:

Interpreting the art of Corina Duyn

Over the past few months I had the fortune to have my creative work interpreted by fellow artists, writers, and a musician: Michael Harding, Nuala O’Conner, Sister Stanislaus Kennedy,  Emma Windsor and Jeroen Niesten. As well having my work highlighted in an 'Meet the Artist’ interview on Arts & Disability Ireland, and Instagram takeover of their page.

It is a true honour to have others share their vision on my work related to M.E. Aside from this I am also being asked to give talks about my work - Like in Chile in May and for an international course in July, and also privately via Zoom. Through all of this I remain part of the outside world, while rarely making an actual appearance outside my gate.
Thank you all.

* Reflections on ME through Puppetry: 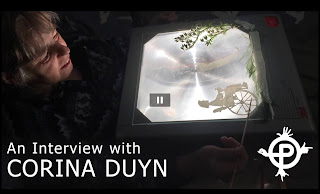 In February I had a long Skype conversation with Emma Windsor from Puppet Place in Bristol about my work on ‘Invisible Octopus’.  Due to Covid-19 the resulting podcast didn’t come about until May.

Around the same time Arts & Disability Ireland invited me to showcase my work on their website under the ‘Meet the Artist’ series.  They also invited me to take over their Instagram account for 3 days - 12 posts to share my work, and thoughts behind it.

A friend from my primary school in Holland, Jeroen Niesten created a piece of guitar music to an abstract of my edited ‘Invisible Octopus’ Poem. He sang my words. Oh my goodness.

* Reflections on ME through poetry 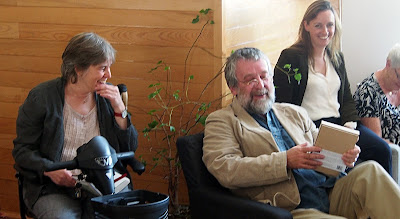 As part of this year’s ME Awareness Day in May, organised by ME Advocates Ireland  which for obvious reasons can only proceed online, weI asked three Irish writers to reflect on my poems from Into the Light

Michael Harding, Sr.Stan and Nuala O’Connor reflected on my writing and life life with M.E., the Covid-19 situation and hoping to ‘not be left behind’ after life turns to some normality for the majority of people. 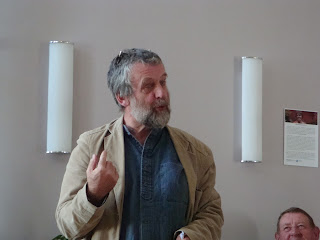 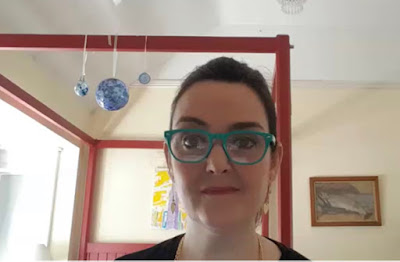 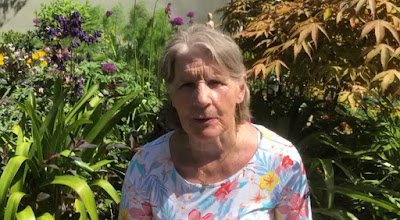 Click HERE for some very thoughtful reflections on ME and Corina’s poetry by visionary,
and author Sr. Stanislaus Kennedy (Sr. Stan)
No comments: